The CoSiMa project, short for Collaborative Situated Media, was a 3 years ANR project led by IRCAM-STMS. During that time, I was set to explore what one could achieve with a distributed network of smartphones coupled with the newly standardized Web Audio API.

Two of the most noteworthy sub-projects I was involved in were ProxoMix and Nü. The former was a collaborative web installation, using smartphones proximity sensors (bluetooth) to adjust your track level in other participants mix. The later was designed for spatial composition over the speakers of spectators smartphones during live performances.

During the CoSiMa project, I had the chance to collaborate with researcher Archontis Politis on the development of JSAmbisonics, a suite of JavaScript encoding and decoding tools for web based Ambisonic rendering (live demo link on project page). I also had the opportunity to work with Lorenzo Bianchi Hoesch on two installations part of the Proxemic Fields residence.

The first installation created during this residence, Studio, was presented during the IRCAM Forum in March 2017.

Studio: behind the scene interview

The second installation, Square, was inviting participants to explore a distopic version of the Stravinsky square in Paris, though the ears of a 2331 emigrant. The project quickly took a life of its own, and has since been adapted to various times and places around the world (see the Square page). 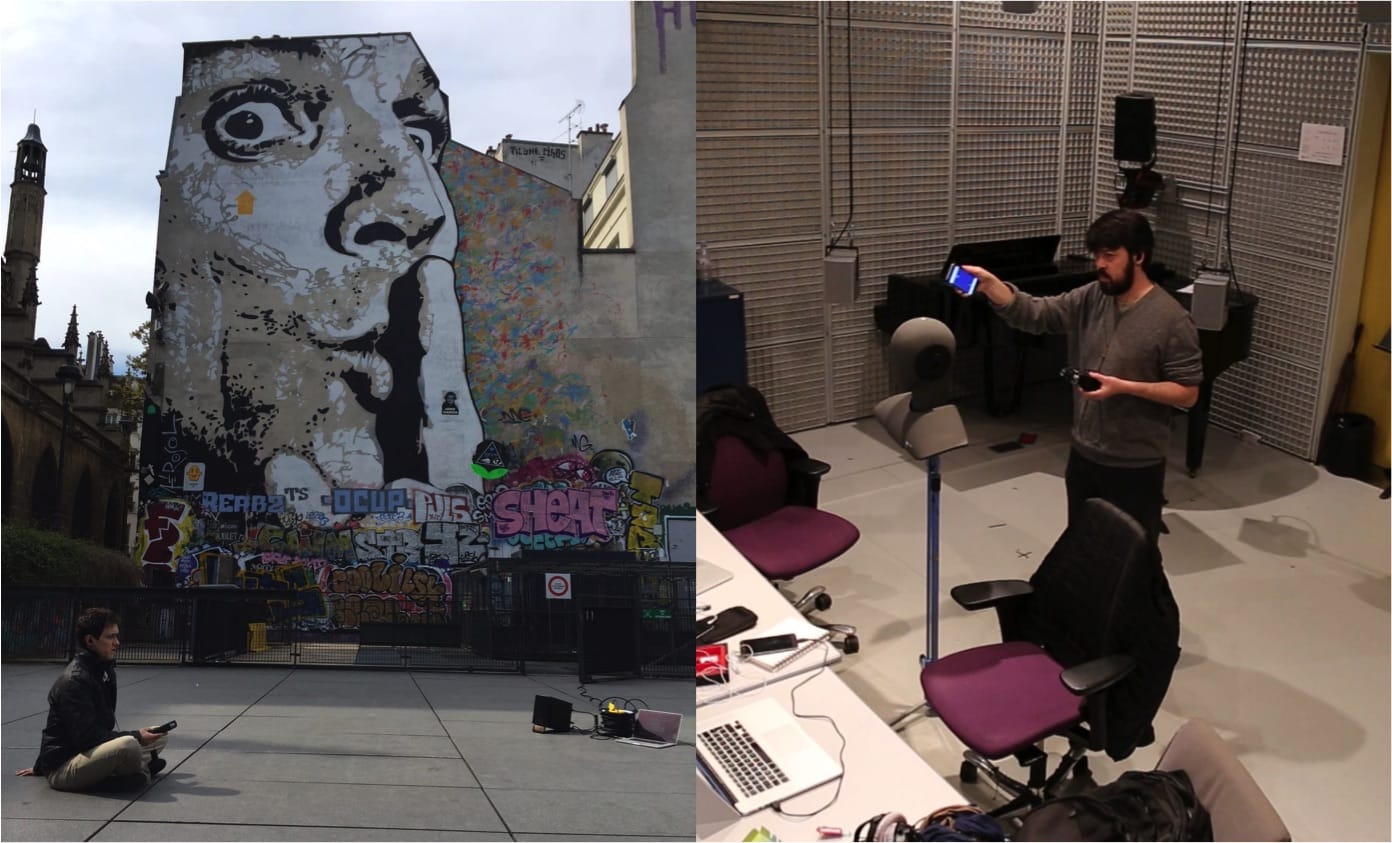 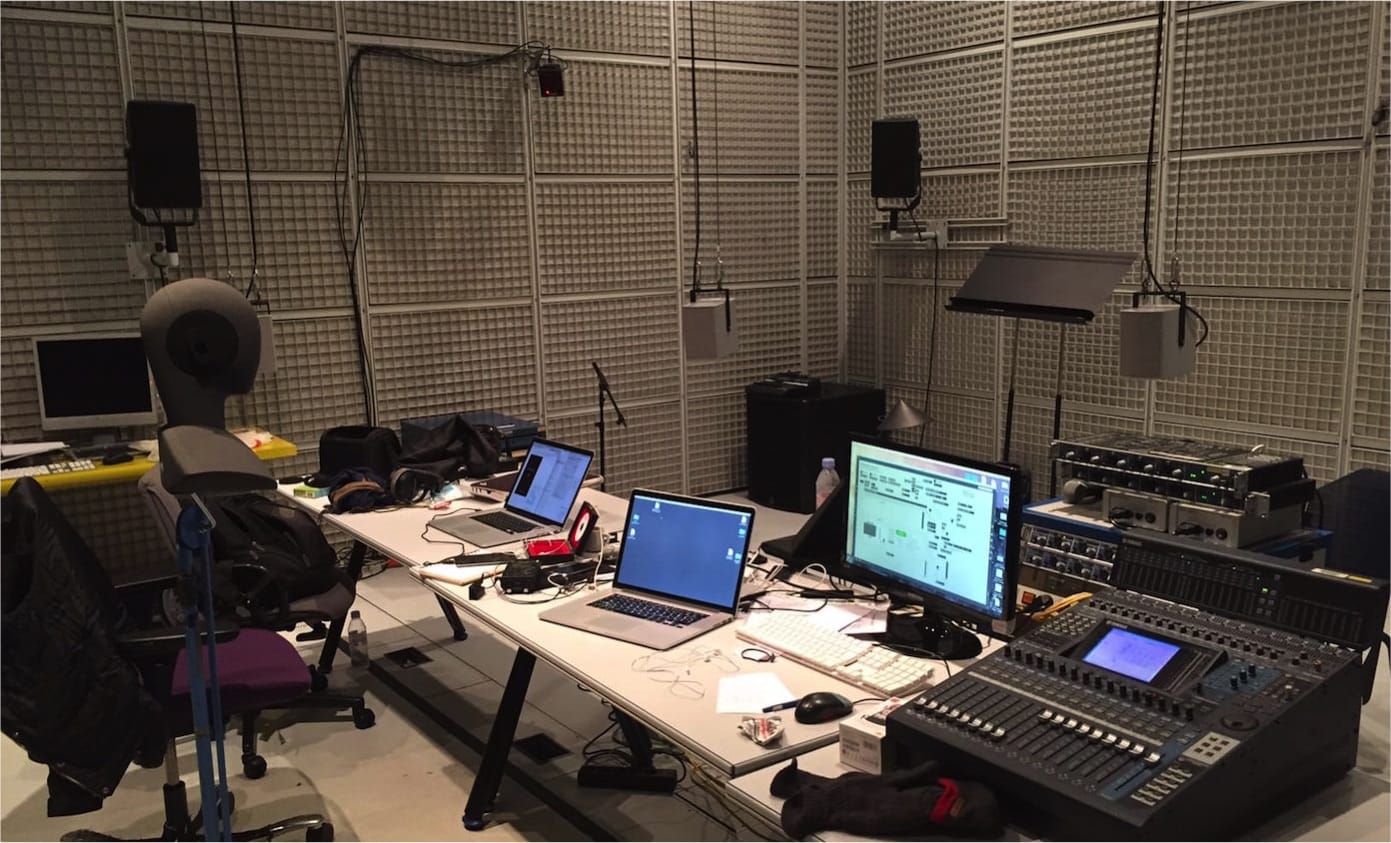 Finally, I had the opportunity to endorse my code guru outfit for a two weeks workshop between ESBA school audio design students and la Maison de la radio. The two proof of concept designed then were web-audio based, focused on spatial audio and bluetooth based location. 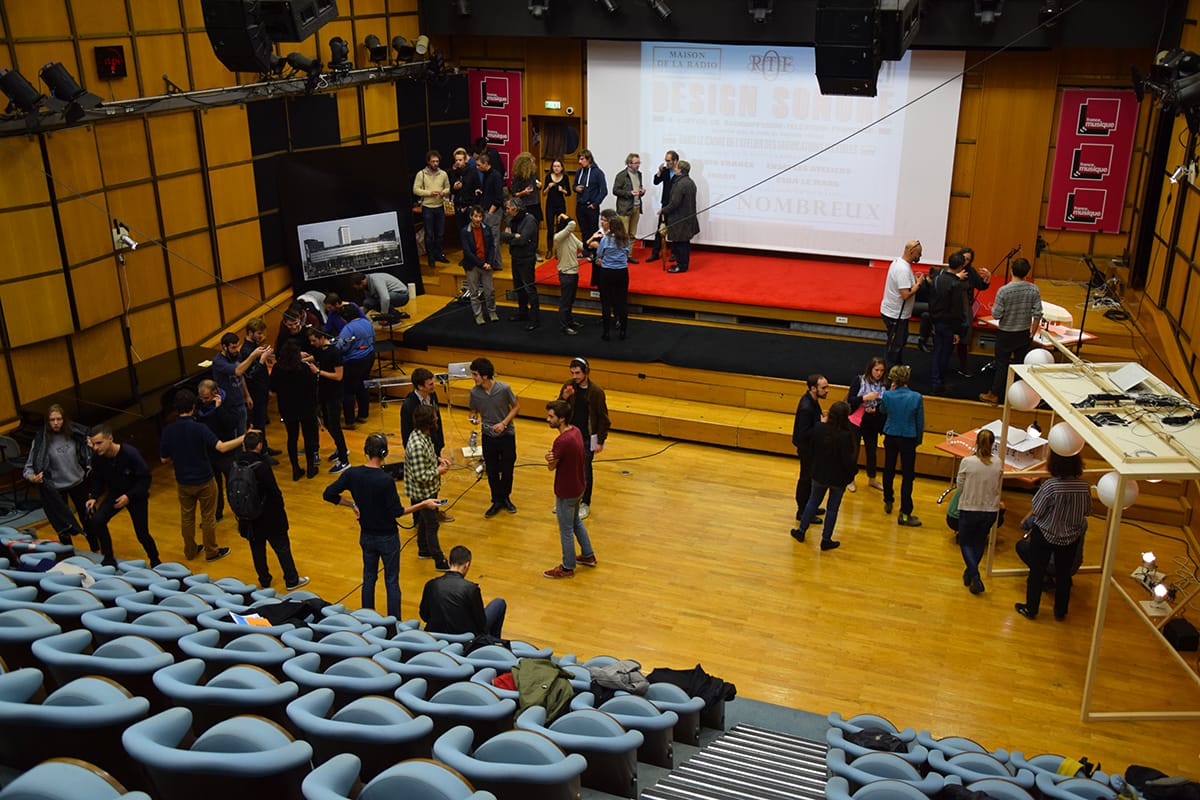