The aim of the Ghost Orchestra project was to investigate our perception of space through sound and images. The journey started with a concert, organized to celebrate the 850th birthday of the Notre-Dame de Paris cathedral, staging a symphonic orchestra accompanying soloists and choirs through J. Massenet oratorio “La Vierge”.

During the event, each instrument was recorded, the audio tracks later to be used in a recreation of the concert in a virtual reproduction of the cathedral. To reproduce the exact acoustic of the building, the room impulse responses from instruments to potential listener positions were simulated – 3rd order ambisonic IR from a CATT-Acoustic model of the cathedral – and convolved with the audio tracks. This processed is referred to as “auralization”.

The visual model of the cathedral itself was created in 3DS MAX, exported in Blender for real-time rendering (based on the BlenderVR add-on for Oculus DK2 rendering and on Blender Cycles for 360° player).

3D rendering of the Cathedral 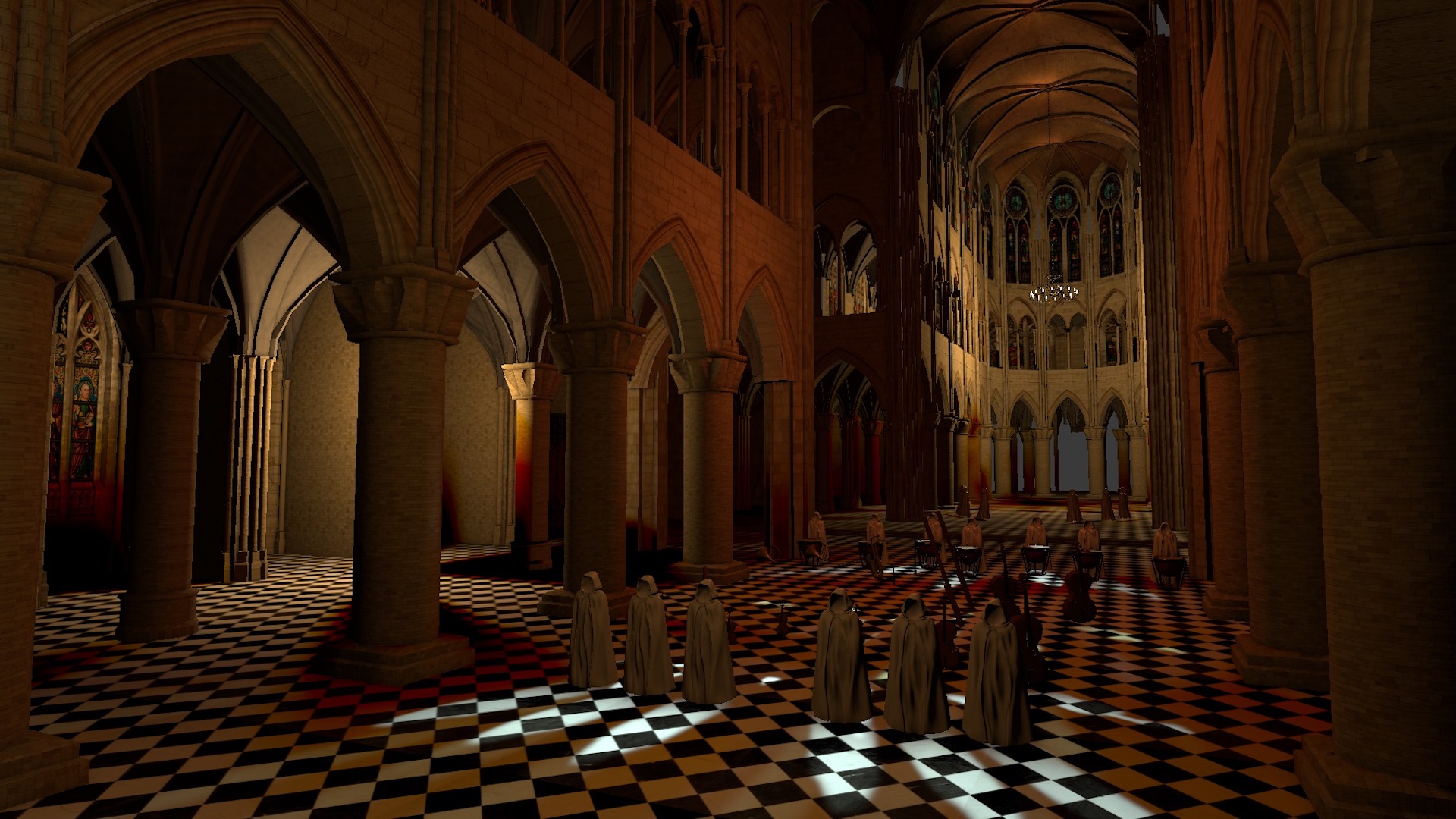 I had the opportunity to re-work on the visual model as well as the auralization in the context of the EVAA Project that started after the fire of April 2019.

3D rendering of the Cathedral 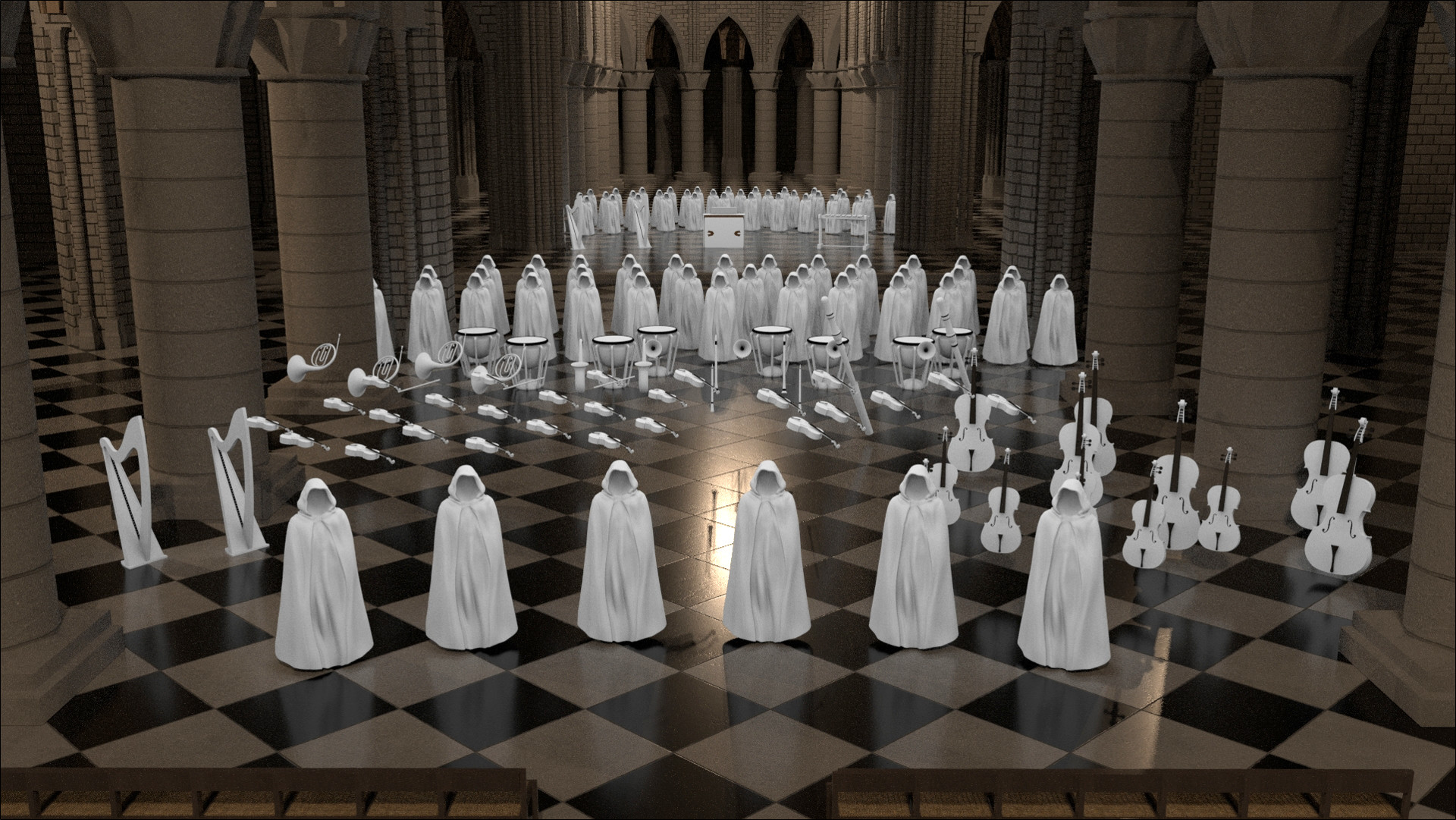 Created for various listening position in the Cathedral, in collaboration with Jean-Marc Lyzwa from CNSMDP.

Check the lab page for an exhaustive list of press articles and interviews.

As one of the initial project objective was to animate visual instruments based on their associated audio tracks, I tested various designs of audio-visualizers, implemented in the Blender Game Engine, based on Video Textures, custom shaders, physics, etc. Here are some example implementations.

Another GLSL based Audio-Visualizer tryout